Welcome to Olivia Taylor Dudley Fan. A fansite dedicated to the incredibly talented actress Olivia Taylor Dudley. Olivia is most known as Alice Quinn from Syfy's "The Magicians". You may also know of Olivia from the movies "The Vatican Tapes" , "Paranormal Activity: The Ghost Dimension" or "The Barber". OliviaTaylorDudley.org brings you the latest Olivia news, event photos, captures, photoshoots, & more.
Published on In
Gallery Screen Captures Stills Television Shows The Magicians

The gallery has been updated with screen captures and stills from “The Magicians” episodes 5×08 thru 5×010. Thanks to my friend at Arjun-Gupta.com for the stills!

“The Magicians” To End With Season 5

I’m absolutely crushed to even be posting this news…”The Magicians” has been cancelled and will not continue after this season. I truly love this show with my whole heart and I am very saddened by the cancellation. This show means so much to me. Read an interview with executive producers Sera Gamble & John McNamara below:

If magic comes from pain, then a lot of folks are gonna be pulling hankies out of a hat today because it has just announced that The Magicians will be ending with its current fifth season, concluding with the April 1 episode.

“The Magicians has been a part of our Syfy family for five fantastic seasons. As we near the end of this journey, we want to thank John McNamara, Sera Gamble, Henry Alonso Myers, Lev Grossman, and our entire brilliant cast, crew, writers and directors for their beautiful creation. But most of all, we thank the fans for their tremendous support and passion. Because of you, magic will be in our hearts forever,” the network said in a statement.

This is not the first time Magicians devotees have been dealt a crushing blow. Season 4 ended with the unexpected and emotionally triggering death of series regular Jason Ralph’s Quentin Coldwater, a character who served as a surrogate for viewers dealing with matters of mental health, fluid sexuality and fitting in. Much of this season has dealt with the grief of that loss, as the other characters — who all offer reflections of the audience — seek to make sense of his death and move on.

Thankfully, and this will likely be cold comfort for fans, the season finale was written to work as a series finale and as such, may offer a sense of closure to several storylines.

Ahead of the news breaking today, TV Insider spoke exclusively with executive producers Sera Gamble and John McNamara about The Magicians’ fate, why it doesn’t make sense to move it to another platform, and how they hope the show’s vibrant (and fearlessly vocal) fandom will carry on the lessons we’ve learned during our time at Brakebills University. #peachesandplumsmotherf***ers

Well this is devastating. But I understand that all good things need to come to an end. What is your plan here? How did this all play out?

John McNamara: It played out kind of the way it’s played out almost every season. With the exception of Season 4 into Season 5, we never knew whether or not we’re going to get picked up. It was always a discussion—never really about the creative—about the financials and you always know, with any show, that there’s this kind of fine line between what it brings in and what it costs.

Sera Gamble: And as the creators of the show, we understand that. We had the sense going into this season that Syfy, in particular as our first platform, was kind of hitting the point of “The cup is full and there’s no more room.”

With that in mind, did you craft a season, if this was the end, that fits how you would end it?

McNamara: Yes. I would say Sera can probably speak to that more succinctly and directly than I can because she and [exec producer and co-showrunner] Henry Alonso Myers wrote the season finale. We all obviously pitched in at the story level, but my big contribution was writing the insane musical episode that comes right before the season finale.

McNamara: In a way, it was my exercise in major denial.

So you were aware of this ending by then?

McNamara: Yeah, we were aware that it was definitely not going to go forward on Syfy at that point and that we were then going to want at least try to make a run at other platforms. END_OF_DOCUMENT_TOKEN_TO_BE_REPLACED

The gallery has been updated with screen captures and stills from “The Magicians” episodes 5×03 thru 5×07. Thanks to my friend at Arjun-Gupta.com for the stills! I apologize for the delay in getting these added! Real life has been keeping me busy lately. I’m loving this season!

The gallery has been updated with pictures of Olivia at the 2019 Comic-Con International. Thanks to my friend at Arjun-Gupta.com for some of the photos! 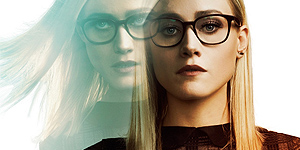 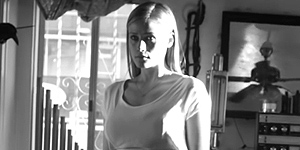 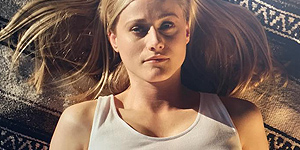